Course on Introduction to Astronomy 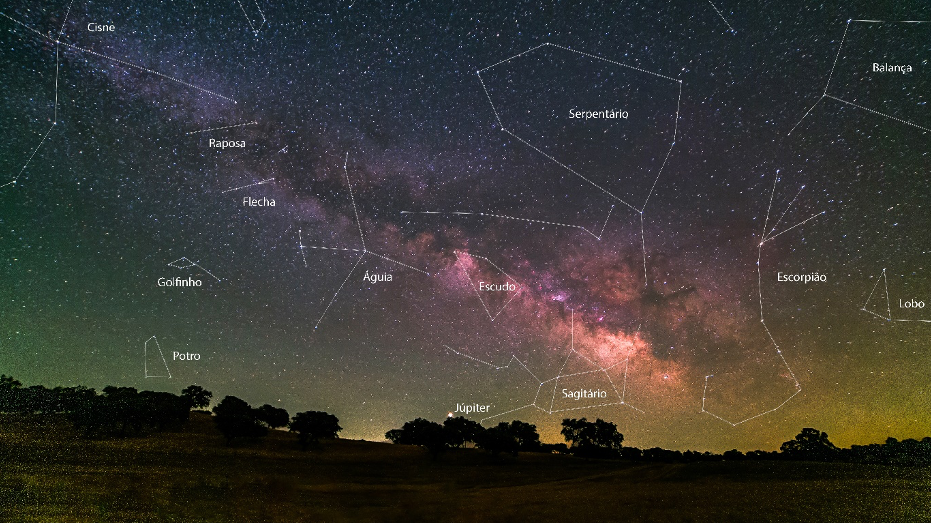 Since ancient times, human beings have observed the night sky, observed different stars and even learned to use them for their own benefit. Come and learn the basics necessary for entering amateur astronomy and conducting astronomical observations autonomously. Enter this world extremely rich in knowledge and fascinating for any age, a hobby with many fans spread across the country.

1. Introduction and Motivation for Astronomy

2. Structure and Constitution of the Universe

1. Introduction The. Motivation for astronomy

The Structure and constitution of the universe

a. The celestial sphere and coordinate systems

b. Binoculars and spyglasses

a. Heaven in our eyes

a. Astronomy associations, centers and observatories

d. Where to find more information

To register, send an email to geral @ olagoalqueva.pt with the subject “introduction to astronomy” to request registration. Cancellation is only allowed up to two days before the course starts. 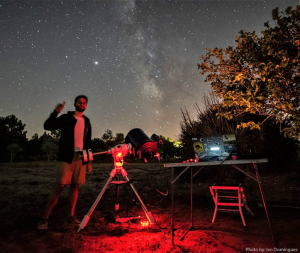 Cédric Pereira has always been curious by nature. During his degree in Mechatronics Engineering, at the University of Évora, his interest in astronomy began to occupy a large part of his life. After graduating he entered the automotive industry and, in his spare time, observed and photographed the various exotic objects that exist in our universe. Since then, he has been organizing astronomy sessions for the general public. After 4 years of work he decided to turn his life around and leave the industry. He recently completed a Master’s Degree in Astrophysics and Instrumentation for Space at the University of Coimbra, during which he collaborated on the Lux-Zeplin dark matter detection project through the institution LIP-Coimbra. He also did an internship at the European Space Agency, in order to develop a methodology for detecting and characterizing asteroids in large-field astronomical images. He had a short transition period where he worked as an Aerospace and Defense Software Engineer at the company GMV and is currently collaborating with the Institute of Astrophysics and Space Science, where he recently started his PhD. Some of his work as an amateur astronomer can be consulted at: http://www.cedricpereira.space